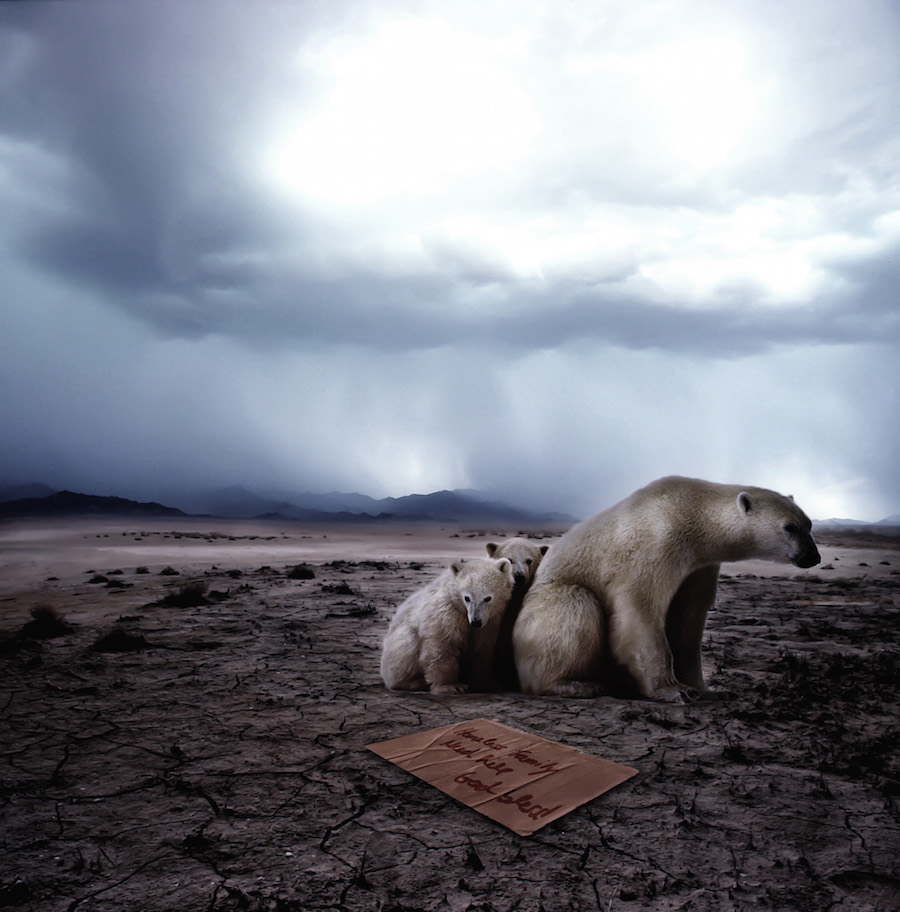 Last night, we put up our Christmas tree the earliest I think we've ever done it, to cheer ourselves up after missing our flight to France for the weekend. While we did we put on National Geographic's "Arctic Tale", to add a little snow to the occasion. I thought it might help bring in the festive cheer a little... however, as the program continued following the lives of the animals of the Antarctic, and how they are all intertwined, it became more and more worrying about the fate of these wonderful creatures that share our lovely planet with us. Each year their hunting & feeding gets harder & harder as the ice flats where they rest and hunt become smaller & smaller, and less & less stable. They're having to swim longer & further each summer just to be able to climb out of the ice cold water.

So we all know this is happening... we all know about global warming... and yet, despite this... despite the fact that these beautiful creatures are becoming more & more endangered each year, we, as a society don't seem to be too bothered. Will we miss them when they're gone?

Despite all this though... there's plenty that could be done. We all can make a difference... but do we? Or is our lifestyle & convenience worth more to us? Will it be out downfall? Whilst we all drive around in our fancy cars, guzzling fossil fuels, and adding to the greenhouse gases that are causing this worrying phenomenon, how many of us look for a more environmentally friendly option? How many of us actually consider sharing a lift to work, or on a long journey? How many of us would rather travel by public transport, in an attempt to reduce or carbon footprint. I know, for one, I'm guilty of this to a certain extent. I know very few (but luckily some) people who do all they can to keep their impact to a minimum... but what will it take to make us, a society as a whole, change our view on these things? The extinction 100s of species on this planet? The ever increasing number of natural disasters? The knowledge that, if we don't do anything now, our existence as a species is in danger? Who knows? Do we care enough?

We've already switched over to a purely green energy supplier earlier this year, but now we've also decided to do a few more things to help reduce our impact on the planet.

A few quick wins... we've decided to wear jumpers a little more in the house, and reduce the length of time we have the heating on. We're also going to make a point of keeping lids on cooking pots on the stove to help prevent unnecessary heat loss during cooking.

Long term, we're going to start research into installing solar panels & a Tesla Powerwall (house battery, to store the solar generated power). Whilst not a cheap outlay, we think it's worth it, to help move things in the right direction, even if they don't necessarily pay for themselves (which may still a good possibility). I've also downloaded the BlaBlaCar module app to look at sharing my car journeys with other like minded people, having been told about it by a friend, just the other day.

Do you have any thoughts on this? Have you made any concious decisions to reduce your impact on the environment? Let me know in the comments below... or tweet me.

If you do want to make a difference, hopefully the following links will help...

TobyG.net Ramblings of an environmentally friendly, web geek, and his amazing friends